Oak Island is cursed, or so they say. Located on the south shore of Nova Scotia, Canada, the island is privately owned by brothers Marty Lagina and Rick Lagina. The Curse of Oak Island – a reality TV series aired on The History Channel – follows the Laginas in their quest to find the hidden treasure or artifacts said to be buried there. There are numerous theories: pirate treasure, riches buried by the Knights Templar, and even the lost manuscripts of William Shakespeare.

The Laginas are far from the first treasure hunters to set foot on Oak Island. In 1975, a teenager named Daniel McGinnis came to the island to investigate the source of the strange lights he saw. What he found was a round depression on the forest floor, around which several oak trees had been removed. With the help of his friends John Smith and Anthony Vaughan, he began to dig up the site (probably with the hope of finding pirate treasure). From that point on, Oak Island saw many more visits by would-be treasure hunters.

The treasure site became known as the Money Pit. However, when excavators would try to tunnel into the pit, they would be thwarted by water; as little as a foot above the Money Pit, a shaft of sea water would be exposed, and flood the tunnels. Treasure hunters speculate that the placement of the water was man made, as a trap to prevent seekers from reaching the treasure below. And during operations to pump water out of the pit into 1861, a boiler exploded and killed one crew member.

The Restall family tragedy is the most well known of Oak Island; Robert Restall, like many, became obsessed with Oak Island, but negotiated rights to operate at the Money Pit. He and his son Robert Restall Jr set to excavating and draining the pit, and were making great progress. However, on August 17, 1965, Robert went to check on a tunnel they had been digging when he was overwhelmed by noxious gas. He toppled into the tunnel, and his son went after him. The gas affected not only his son, but two other workers who also rushed over to help. In the end, all four men died at the bottom of the tunnel.

(Check out this link for a lot more history into Oak Island and its theories!)

A local legend says that Oak Island is cursed – more specifically, that seven people must die before the secrets of the island are revealed. Currently, Oak Island has witnessed the deaths of six men. On The Curse of Oak Island, they refer often to the island as being cursed; during an attempt to drain water out of the swamp, one of the hoses began leaking, and they had to replace it. Nothing on the island is ever easy, and they blame a lot of it on the curse. But is the island itself really cursed?

I do believe in the paranormal, and the power of things beyond our reach and explanation. But what or who would have cursed the island? Was it the fabled pirates who may have left treasure buried there? Or the Knights Templar, in their rush to hide their riches before they were rounded up and ordered to their deaths? Is the legend that surrounds Oak Island (and the beliefs of the people who dig on it) feeding into the existence of such a curse?

In any event, Oak Island is truly a fascinating place, and I can see why so many people would be drawn to it. The island does seem to be hiding a secret somewhere beneath the surface. And the discoveries being made by treasure hunters start more questions than answer them. If this resonates with you, check out The Curse of Oak Island on the History Channel. And if you’ve already seen and caught up on it, no spoilers – I’m still on season one!

I’m a pet parent, reader, and lover of podcasts. I’ve been a writer on HubPages since 2012. I share my life and literary work on this blog! View all posts by Dreamhowl

5 thoughts on “Oak Island: Can Places Be Cursed?” 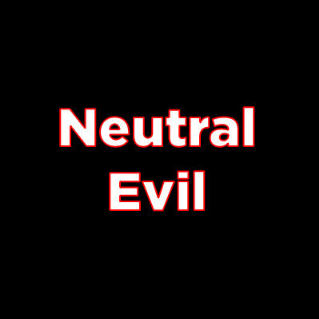 You’re the kind of person who has zero regard for what other people think. You don’t listen to gossip or want to be involved in drama. You mind your business and expect people to leave you alone.

© Jessica Peri and Dreamhowl Writes. Unauthorized use and/or duplication of this material without express and written permission from this blog’s author and/or owner is strictly prohibited.

Featured images on each page, unless otherwise sourced, are royalty-free from Pixabay. Attribution is not required.